At Mountain Valley Motors we specialize in Volkswagen and particularly Volkswagen TDI diesel powered vehicles. So it is with special interest that we have taken notice of the recent news and developments regarding the Environmental Protection Agency’s (EPA) notice of violation (NOV) to Volkswagen of America (VWoA) regarding the emissions performance of 2009-2015 TDI vehicles.  Many of you – our customers own Volkswagen TDI’s and are faced with a barrage of information and questions about this.  Hopefully we can help cut through some of the confusion or misinformation and provide a commentary and analysis that can be helpful.  At this point we have limited information and will be updating this note as more information and developments are forthcoming.

Beginning in January 2007, stringent emissions standards were phased in for the United States by the EPA for all highway diesel vehicles. These standards required a drastic reduction of allowable Nitrous Oxide (NOX) emissions as well as other emission components including diesel particulates (soot).  These standards were and are even more strict than European standards and were very difficult for manufacturers of diesel vehicles to meet.  The EPA must certify the emissions compliance of each vehicle sold in the US.  They do this by a standardized testing of a sampling of vehicles on a stationary dynamometer.  The test that they run is meant to mimic real world driving. They also use this test to help calculate fuel consumption for the EPA estimates that are found on the window sticker on new vehicles.  The conditions and parameters of this test are published and made available to the vehicle manufacturers so they know exactly what the car must do to pass and under what conditions the car will be run while tested.

A number of years ago European researchers discovered that real world NOX emissions of diesel powered vehicles in Europe were significantly different than the standardized emissions testing of new vehicles should indicate.  Since the US had much more stringent NOX emission control standards it was decided by one researcher to conduct a study of US diesel vehicles to see how the standards were being met in the US in an effort to learn how things could be done differently in Europe.  They teamed up with West Virginia University to conduct this study.  The researchers hooked up emission monitoring equipment to three different diesel powered vehicles and drove them around in different real world environments.  They also ran the standardized EPA dyno test on these same vehicles.   They found an interesting anomaly.  When they tested the VW diesel cars in the lab they met the EPA standard just fine.  But when they drove these same cars on the road the emissions of NOX were significantly higher than the EPA standard.  This study was published in May of 2014

Once the EPA and California Air Resources Board (CARB) were alerted to this anomaly, they conferred with Volkswagen to see what the discrepancy was all about.   Volkswagen did their own tests to try to verify the test results.  They came up with a revised software program that was supposed to result in lower real world NOX emissions and they recalled all 2009-newer TDI cars in December of 2014 to apply this software update.  In May of 2015 the EPA tested the recalled cars and found that NOX emissions had been improved in real world driving conditions but that the standards were still not being met.  They threatened to withhold certification for all 2016 Volkswagen diesel cars unless Volkswagen could prove that they had fixed the issue that allowed higher real world emissions than the standardized tested emissions.

Volkswagen then admitted that they had designed the engine management software in these diesel vehicles to recognize when a dyno test was being run or when the car was being driven on the road and they had written the software in such a way as to make sure that when it was on the dyno it would meet the emission standard.  When the car was being operated on the highway the tuning could be different and might not meet the emissions standards under all conditions.

Needless to say, the EPA and CARB are not very impressed and have issued a Notice of Violation to Volkswagen requiring that they recall all the affected vehicles (approx. 500,000) and fix them in such a way as to make certain that they will meet the standards in effect when the vehicles were manufactured.  They have also threatened criminal investigations and large fines.

What this means for Volkswagen:

This is a big deal and could be very detrimental to Volkswagen.  So far Volkswagen has not issued any public explanation but they have stopped the sale of all new and used 2009-newer TDI’s by their US dealers, they have pulled and scrubbed all their online ads for TDI diesel cars, they have promised to cooperate with the EPA and find a solution, and the VW CEO has apologized and promised an outside independent investigation.  Potentially VW could be exposed to millions or billions of dollars in fines and legal costs.  They also will be required to recall all 500,000 TDI vehicles made since 2009 and either retune or refit them so that they will meet the EPA standard.  And they will not be able to sell any new TDI’s until they can satisfy the EPA that the new cars will actually meet the standards in real world driving conditions.  This is not a good time to be Volkswagen and it certainly will hurt their dealer network as well.  Just the negative press alone will be very costly.  Hopefully Volkswagen has or will be able to develop a good solution fairly quickly.  But this could mean the end of TDI diesel sales in the US if the costs of compliance get too high.  And it certainly won’t strengthen VW’s position in the marketplace or their ability to develop new models for the US market.

What this means for you the TDI owner:

Many TDI owners are panicking and all bent out of shape over this news.  Just calm down.  The sky is not falling.  Your TDI car is still a good car that performs very well and gets excellent fuel mileage.  Its emissions are remarkably clean by any standard except perhaps the EPA NOX standard.   Even before the last recall VW TDI vehicles in the University of WV test were running much lower NOX emissions than previous generations of diesel engines.  For example, the 2013 Passat TDI had an average of .24 grams per mile of NOX.  Previous generations of TDI diesel engines were EPA certified at 1.0 gram per mile. The EPA standard is .05 grams per mile.  All other emission gasses were below the EPA limits in every test.

Some owners are worried about resale value. The resale value on your TDI might actually go up – especially if VW can’t sell any new ones for an extended period of time.  And if the values of diesel trucks are any indication, the vehicles with fewer emissions controls tend to hold their value better over time due to better fuel mileage and reliability.  In the short term resale value may go down, but these cars are already a great value and nothing has really changed that yet.

Once Volkswagen does come up with a solution and a recall then owners would be advised to be cautious.  You see these cars can indeed be made to meet the standard.  They have done so repeatedly on the dyno test.  What we don’t know for sure is why VW didn’t want to run that same programming all the time on the highway.  They were probably concerned about decreased service life of emissions components and reduced fuel mileage.  This might get a little technical, but you see in order to reduce NOX formation in a diesel engine you must reduce the temperature at which the fuel is burned.  This results in a less efficient use of diesel fuel and also causes increased production of soot which must then be trapped and burned in the diesel particulate filter (DPF).  The re-burning of the soot in the DPF is called a DPF Regeneration and what is left in the filter is small amounts of ash which accumulate over time and eventually clog the filter. The more soot that is created, the more fuel that must be used to perform the Regeneration and the more quickly the DPF will get permanently clogged by ash requiring replacement of the filter.  On the 2012-newer Passat TDI and on all the 2015 TDI’s VW installed a Selective Catalyst Regeneration (SCR) device which uses Diesel Exhaust Fluid (DEF) to reduce NOX after the combustion.  This allows for a higher burn temperature and fewer DPF Regenerations.  It should be easier to bring these vehicles into compliance without any negative side effects other than an increased consumption of DEF.  The older TDI’s might be more difficult to bring into compliance without sacrificing fuel economy, power, or reliability.  So don’t rush to your Volkswagen dealer for the recall as soon as soon as it comes out.   Wait and see what the results will be and make an educated decision about whether or not it will actually be beneficial in the long run. And also be aware that once the recall is issued VW dealers will be required to apply the recall to every car that comes through one of their service centers. So if you don’t want the recall applied to your car right away then take it to a shop other than a VW dealership for service. Also if you are thinking about buying a used TDI the best time is probably right now while everybody else is panicking.

What this means for Mountain Valley Motors:

At Mountain Valley Motors we will continue to provide exceptional service and aftermarket solutions for Volkswagens and TDI’s.  We will stay abreast of developments and apply our technical experience and knowledge to give you good advice regarding maintenance and repairs to your TDI.  Because we are not a VW franchised dealership we have more options and alternatives to offer than VW dealers do.  We will continue to sell used VW TDI’s and anticipate higher demand and values over the long term.  We have a number of them for sale right now and just purchased several more units when this news broke.

What this means for the rest of the industry:

Almost all manufacturers of vehicles sold in the US have designed their vehicles to specifically meet the EPA standards under test conditions.  Under other conditions results may vary.   These revelations of what Volkswagen has been doing will probably result in a wide spread push to re-evaluate emission standard testing for other vehicles.  We are probably only seeing the tip of the iceberg here.  Many auto manufacturers are probably pretty nervous about now.  This will probably also effect manufacturers in Europe and other places around the world. This issue might stall the development of more diesel technology for passenger vehicles in this country.  Several manufacturers such as Mazda and Honda have promised diesel cars for a couple years now but have had difficulty meeting the EPA standards and so have not brought those cars to market in this country yet.  This certainly won’t help.

So all in all this looks to be a pretty big deal on a couple fronts.

But our advice is come see us at Mountain Valley Motors for all your automotive needs! 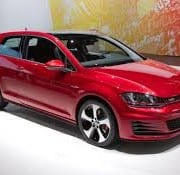